We find and share ideas on regenerative farming and plant-based foods, as well as things that inspire us. Are we right-on or a write-off? Let us know.

How Not To Brand 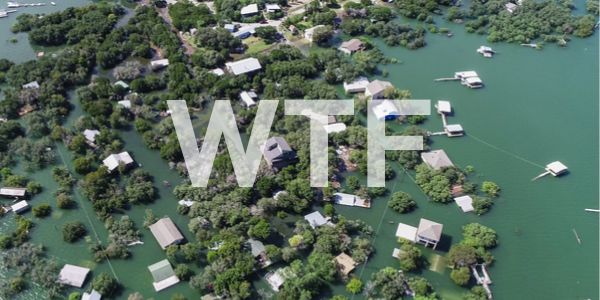 As far back as the fifties and sixties, the numbers were revealing something about the climate that was challenging scientist’s very comprehension. Could the calculations be correct? Was human activity steadily turning the whole planet into a giant hothouse? Might this eventually emerge as a challenge to some or even possibly all life on Earth?

The early climate models they developed alarmed them but were crude and left room for alternative explanations.  In time more powerful climate models confirmed their central calculations – unless we acted decisively, we were incrementing our way towards serious trouble down the track a-ways.

Scientists sounded a series of warnings.  We were impacting the weather and were either cooling or possibly warming the whole place.  Additional time, investment and computing power settled it – we were warming not cooling the planet a little – 2-6 degrees over the next 100 years or so.

Such a small change spread over such a long period seemed trivial, even desirable to many of the world’s populace. Also, many scientific uncertainties emerged and the sheer complexity of our climate left lots of space for doubts and limitless action stalling debate.

The consequences of these seemingly trivial temperature changes slowly became evident and we learned they were not going to be good for us, not good at all.  Scientists sounded a louder warning citing something called “The greenhouse effect”.

Now, greenhouses are little islands of abundance, growing vegetables and ripening tomatoes out of season.  My gentle and wise grandparents had a greenhouse at the bottom of their garden. They loved to spend the hours between naps there, pottering, muttering and humming tunelessly. Their greenhouse was a glorious disarray of mismatched containers and tiny pampered cuttings.  This is where my grandparents most deeply communed with nature via long rambling conversations with random seedlings. Why should we be terrified of the planet becoming a peaceful if somewhat odd and mildly chaotic greenhouse like my grandparents had?

They tried the label “Climate Change” – climate change is such a poor description for a crisis. – Climate is always changing, always has been, always will be. It’s a bit like the weather isn’t it?  We humans discuss the weather endlessly and much of the discussion is on how changeable it is.  So, nothing new and no need for alarm there.

They tried Global Warming – WARM is a nice word, cozy, snug, and welcoming. Who doesn’t want to be warm? I love being warm. Walking barefoot along sun-warmed sand with my wife by my side is the most potent and happy sensory memory of mine. Warm spring sun on my back, is my number one happy place.  We embrace warming in a warm embrace.

Today some news outlets are calling it a Climate Crises – ok that is a bit better, a crisis at least sounds alarming. But meanwhile thirty years have gone by and much of the population remains a bit bemused and ambivalent. There has been little progress toward mitigating the impending crunch and not much strident demand from – we the people. So, politicians know they can get away with kicking the can further and further down the road. Let the generations to come worry about it, is their attitude.

What I ask is the next time the world is in deadly peril requiring alarm and action – for goodness sake let the marketing team do the naming exercise!!

Words matter – some have the power to startle, shock, incite, excite, inspire and cause action. Others comfort and lull – our scientists chose the wrong words.

My choice in bold capitals is the acronym WTF.

I don’t mean to offend but I find the inaction by our leaders even more offensive and such an inexcusable obscenity that only the strongest language will suffice!

WTF – To all of us – how can we love the good life so much that we casually impose crushing hardship on our own offspring.

Politicians WTF and WTF again, calculating, cynical, callous cowards only interested in power, prestige, and pockets, where is your leadership?  Where is your compassion and empathy – where your love of this planet and the people you are supposed to serve?

WTF no one is coming to save us – we are going to have to take action ourselves.

We propose as one action demanding Regeneratively Farmed products.  We need 20% of currently cultivated land to become Regenerative. Thus, halting the build-up of Co2 and creating some breathing space.  This we can do.

We all need to get busy with WTF – Winning The Future.

One thought on “How Not To Brand”

Thanks for contemplating going on the Veganuary expedition. Since its inception in 2014, Veganuary has […]

Healthy Eating
Read on here
For The Love of Earth

Dirt is not dead there is life in the soil.  Concealed under our feet is […]

“So many mushrooms, so little time” – Frank Zappa No one can seem to agree […]

Healthy Eating
Read on here
How Not To Brand

As far back as the fifties and sixties, the numbers were revealing something about the […]